The library was dark, the only windows were small and outside the sun had fallen behind some heavy clouds. Martin crossed the thick red carpet looking at the shelves full of books, the colors of the spines, the sharp clear titles, the dazzling thoughts of so many stories awaiting his discovery. Three people apart from him stood about reading and moving books about. No one stood at the sales desk.

Martin stopped before a large bookcase of self help books. He looked at the meditation section and ran his finger over the books, feeling the difference between hardcover, softcover, ridged spine and curved. There was a ladder near him and he looked to the high shelves well out of reach. There were more books high up and they looked like books on discovering sexuality and better ways to find intimacy. The sexier books were higher. Martin moved the ladder and propped it comfortably under the top shelf. He climbed the rungs, ignoring the sign that read: “Staff only.” He reached the top and began to read along, searching for books. There was one he wanted a long way to his right, he stretched his arm as far as he could, he took a foot and put it on the lower shelf and moved further across, then the ladder gave way, slipping out from under him. Martin’s stomach sank but he held fast to the shelves, knocking a few books to the floor along with the ladder. People looked up to see the man clinging high up near the ceiling.

The bookcase shifted and began to give way. It fell forward so slowly that Martin hung on and wondered what would happen and how much it would hurt. The people watched as the bookcase and hundreds of books hit the floor. The building shook for a moment and Martin was crushed under broken timber and self help.

The Bomber is available to buy now. 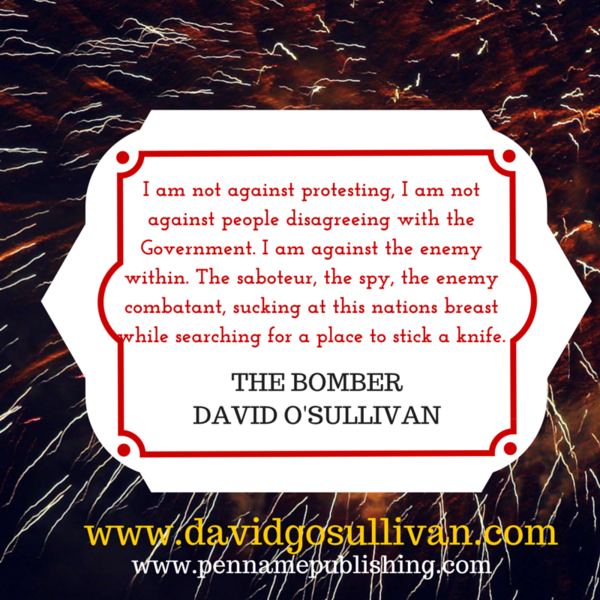